Author, activist, and amazing woman of courage, Winnie M. Li, tells her story of emerging from a violent assault, to live her dreams, and dedicating her life to changing public perceptions.

Life can change in an instant, through no fault of our own….

In April 2008, at the age of 29, I was violently assaulted and raped in a Belfast park by a 15-year-old stranger, at the tail end of a business trip.  Until that afternoon, I’d been a hardworking film producer in London, who’d been to the Oscars and the Cannes Film Festival, and had a busy, active social life and a promising career. I also loved the outdoors and the thrill of solo travel. 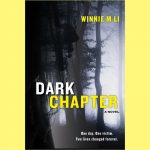 That life was torn apart within minutes on that April afternoon.  A teenage boy approached me in that Belfast park and asked for directions.  It was only when I reached a remote area of the park, that I noticed he was still following me. At that moment, the panic set in. I ran, I shouted for help, but there was no one around. The boy suddenly turned violent, and each time I fought back, his violence increased.  In the 30-minute assault, I sustained 39 separate injuries.  After he left the scene, I phoned for help.  I was still alive, but I was now a rape victim — to the rest of the world, another nameless statistic in the crime log; but to those who knew me, a fragile, deadened shell of the previous dynamic person I’d been.

When I returned to London the next day, it was impossible to fit back into the life I’d had before.  The red-carpet premiere of a film I’d produced took place that night, and I used heavy-duty concealer to cover up my bruises from the assault. The trauma left me with severe PTSD, anxiety and depression, and I was no longer able to work at my demanding job. So the rape effectively ended my film-producing career. I withdrew from the world, especially as the next year of my life was dominated by the legal process. I was unable to socialize and I felt like I no longer fit in anywhere. I hardly left my apartment. 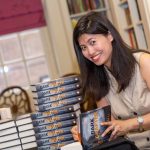 Even after my perpetrator was convicted, it took years to rebuild my life. I was unemployed for over two years, my finances suffered, and this added to my depression. In the end, I had to leave the country to find work again. I still could not believe how drastically my life had changed in the course of an afternoon, all because of what one stranger decided to do to me. And it would be years before I could hike on my own again.

In the years since my own rape, I’ve dedicated my professional life to advocating for change in how our society handles sexual assault. Can I use my own media skills as a writer and communicator to improve the public understanding of a crime which is so prevalent, but often so unspoken? Since the age of 6, I’d always wanted to write a book, and in 2017, my novel Dark Chapter was published. Based partially on my experience, it tells the story of a rape from the perspectives of both victim and perpetrator. It recently won The Guardian’s Not The Booker Prize and will be translated into eight languages. I’ve spoken at more than 40 events around it, and have appeared on the BBC, The Times, The Guardian, The Mail on Sunday, RTE. But what means the most to me is when other survivors tell me how much the book validated their own experiences, and told a truth that many non-survivors don’t see. 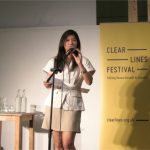 In 2015, I co-founded the Clear Lines Festival, the UK’s first-ever festival dedicated to addressing sexual assault through the arts and discussion. It drew together 500 people, has since had a 2nd edition. I look forward to bringing the Clear Lines Festival to new locations, so others can take part in a creative, productive platform for sharing their stories about rape and sexual assault: a community of healing and understanding.

I’m also pursuing a PhD at the London School of Economics, exploring how rape survivors are using social media to share their experiences and build a sense of community. As you can see from the #MeToo phenomenon, there are many of us, who want our stories to highlight the injustice of these kinds of crimes.

Oh, and I’ve started hiking again. In 2011, I hiked the West Highland Way in Scotland on my own. And I realized I would never truly be able to recover from rape if I couldn’t travel solo again. So that was a previous part of my life I made sure to reclaim.

A Community of Understanding

For better or worse, that rape is part of my identity now. It’s not one I ever chose, but it brings with it a certain community and a capacity for understanding. And I intend to use that capacity to its fullest. 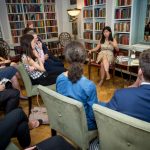 I dream of a day when survivors can speak more openly about our experiences without feeling shame, without being judged. I also dream of a day when our public institutions can serve the needs of victims and can properly assign guilt and accountability upon those who deserve it. I’m willing to believe that day is coming. And I think we can all play a part in making it happen.

As for me, I have a lot of other stories to tell, so I’m starting work on my next novel. I look forward to bringing the Clear Lines Festival to new locations, so others can take part in a creative, productive platform for sharing their stories about rape and sexual assault. And of course, there’s loads of new places I’d like to visit and new trails to hike!

Life can change in an instant, through no fault of our own…but if we can share our stories bravely, openly, we can start to change the public understanding of rape — and in the process, heal ourselves.

Exciting News— Winnie has just published a long-awaited new book Complicit I have just ordered it today and can hardly wait for it’s arrival. I will be reviewing it here.

We would love to have you join the conversation. Do you have thoughts you would like to share, or questions to ask Winnie? What are your dreams and your insights? Please comment below.

For more information on Winnie’s novel Dark Chapter in the US please click here. or in the UK click here.