"Doing something incredibly difficult gives you incredible strength. The easy choice may be more deadly in the end." Cecilia Aragon

I knew my crippling fear would keep me from achieving my dreams in life. So I decided to overcome it by doing the scariest thing I could think of: learning to fly upside down. 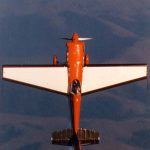 Not only did I overcome my fear to become the first Latina on the United States Unlimited Aerobatic Team and represent the US in world competition, but learning how to fly upside down and facing the very real risk of death gave me the courage to face something even scarier: finishing my PhD in computer science at the University of California Berkeley. To believe in myself instead of the professor who told me, “Women don’t have the intellectual capacity for computer science.” 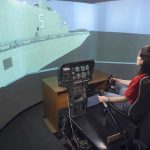 Today, I’m the first Latina full professor in the College of Engineering at the University of Washington.
I’ve landed my dream career. I’ve conducted research with Nobel Prize winners, taught astronauts to fly, and created musical simulations of the universe with rock stars. I’ve won major awards for research and raised millions of dollars. I was lauded by President Obama as one of the top scientists and engineers in the country. Oh, and in the middle of all this, I did a stint at NASA designing software for Mars missions. Today I’m proud to be a mentor to women and underrepresented minorities in science and engineering. 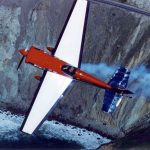 As a child, I was bullied, attacked, and discouraged. The daughter of immigrants, I grew up in a small town in Indiana. Every year in elementary school, I was placed in the slow reading group at the beginning of September. My classmates called me racial slurs and physically assaulted me. In high school, my math teachers mentored the second-best students rather than me. This lack of societal support as I grew up led to me developing into a fearful and timid individual, one who questioned and downplayed my own abilities even in adulthood. In 1985, I was twenty-five years old, struggling to complete a PhD in computer science, and scared of just about everything. 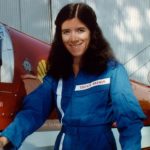 My graduate school administrator once found me crying in the ninth-floor women’s restroom, after I’d climbed eight flights of stairs, too frightened to use the elevator. In many everyday situations, my brain circuits got jammed by fear, and I froze. I was afraid to study for exams, scared to imagine writing a thesis, terrified that people would find out the truth: I was a Failure with a capital “F.” Overcoming my fears seemed impossible. My timidity and fear defined me. I believed that my personality had been stamped into my genes from birth: INTF. Incompetent, Nerd, Terrified, Failure. 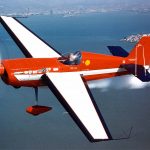 By 1991, I’d become an airshow pilot and the owner of a flight school. I’d won a coveted spot on the United States Unlimited Aerobatic Team and earned the right to represent the US at the Olympics of aviation, the World Aerobatic Championships. That year, I beat the record for shortest time from first solo in an airplane to membership on the US Team. I became the first Latina to secure a place on the team, despite being one of its poorest members ever. I flew airshows in front of millions of people, performing loops, spins, and rolls a few feet above the runway. I jumped out of airplanes and taught others how to fly. I learned how to fundraise and earned the money I needed to compete at the world level. I worked as a test pilot and contributed to the design of experimental airplanes, crafting curves of metal and fabric that shaped air into the powerful flows that lifted inanimate objects high above the earth. 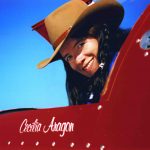 In a span of just six years, I taught myself to overcome my self-doubt, shyness, and deep-seated fear of heights to become one of the best aerobatic pilots in the world.

Doing something incredibly difficult gives you incredible strength. The easy choice may be more deadly in the end.

EXCITING UPDATE: Cecilia’s memoir, Flying Free: My Victory over Fear to Become the First Latina Pilot on the US Aerobatic Team, will be released by Blackstone Publishing in September 2020 and is available for preorder now.

We would love to have you join the conversation. Do you have thoughts you would like to share, or questions to ask Cecilia? What are your dreams or your insight on overcoming fear? Please comment below. You never know who you might inspire or where it might lead.

For more information on Cecilia Aragon and watch her fly please click here.