One of the greatest challenges of my life was coming to terms with a history of both domestic and sexual violence that culminated with my being held hostage by a former boyfriend when I was thirty years old, going through an intense and transformative process of healing from that history and then taking both that history and healing out into the public as a means of activism and empowerment.

I had always been fiercely independent, even as a child, in part because my mother was survivor of domestic violence in her first marriage and I grew up seeing the impact of those experiences on her, and also because I, too, had experienced both domestic and sexual violence as a child and teenager. The powerlessness and voicelessness I felt in the aftermath of those experiences galvanized me, leaving me determined to never allow myself to be in that position, to be that woman, victimized again. As a teenager, I still thought that I could protect myself, even though the pandemic of violence against women and girls shows us that even in the face of our best efforts at self-reliance, we can still find ourselves confronted by experiences out of our immediate control. It wasn’t until I was victimized again in both college and graduate school that I began to realize that there were larger societal constructs that left so many of us vulnerable to the violence that is visited upon far too many women and girls. While working my way through college and graduate school, I studied systemic oppression and violence and began to make the connections between my life experiences and the societal, cultural and political factors that allowed this violence to perpetuate. I was raped in college. I was sexually harassed in graduate school by a professor. Both instances fueled my studies and research, as well as my determination to live a life as independent and self-reliant as possible.

I knew the research that proved that girls who experienced violence were seven times more likely to experience it as adults, and yet, when I experienced it again at the age of thirty, despite my efforts to never go through it again, I was both dumbfounded and outraged at the history repeating itself. I was thirty years old, the owner of a sexual harassment consulting firm and teaching at my third university post when my former boyfriend held me hostage for seventeen hours with a shotgun in my home. I knew during that night and in its aftermath that I had to confront my own history and my mother’s history, to commit myself to healing from the impact of both and to confront those social and political factors that allowed this violence to continue. It took me over a year to get safe, to take my abuser to court and to immerse myself in a multi-layered process of healing. Throughout that process, I wrote poems about my experiences, determined to tell myself the truth about my history and to fully explore the options available to me to rebuild both my sense of self and my life. That writing saved me. It gave me a place to own and understand my history at the same time that it allowed me to explore the ways available to me to move forward from it. In the writing, I discovered that although I was indelibly altered by my history, I was not ruined, or broken or ultimately powerless. I discovered that I could make choices on my own behalf, that although I could not change the history itself, my decisions from that point forward could change my future. 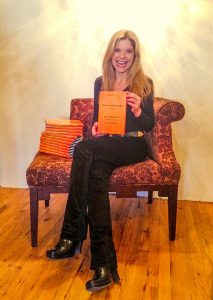 I wrote a book about my history and healing that I self-published, and as soon as I felt safe and grounded enough, I brought those poems and my story into the public to raise awareness of this violence, to improve the quality of services available for survivors, to strengthen the laws and to improve community responses so that survivors were better protected and supported. I was stunned to discover that my personal experiences and poems spoke into the experiences of so many people, women and men both, who had survived violence, and that my voice could positively impact the public understanding of and responses to that privatized violence. Within a few years, I went from a voiceless victim to a celebrated poet and activist, traveling the country to speak and perform, collaborating with other survivors and activists and winning service and literary awards, while also teaching my students at Penn State how to use their voices for social and political justice and activism. In 2012, my image replaced that of former Penn State football coach and convicted pedophile Jerry Sandusky in the Penn State mural in honor of my activism on behalf of survivors of sexual violence and my example of healing and empowerment. My book, the scorched earth, was published again in 2015 as an Expanded, Second edition and is used as a teaching and training tool across the country. 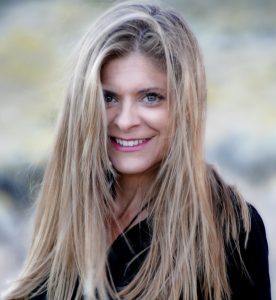 My life, once marked by violence and powerlessness, is now dedicated to healing and empowerment, as well as service and justice. I’ve learned across this unfolding that although we may not have total control over what happens to us, we do have tremendous power in how we choose to respond to what happens to us, and that our stories and our voices can literally change the world for ourselves and for the people around us by offering a sense of shared experience and support, by creating communities dedicated to possibility and change, and ultimately by fostering hope. Hope is power. Hope shared has the potential to uplift us all, together.

To learn more about Dora and her efforts, please visit www.DoraMcQuaid.com

If you are in need or support around experiences of domestic and/or sexual violence, there is a listing of International Resources for Survivors available on Dora’s website.